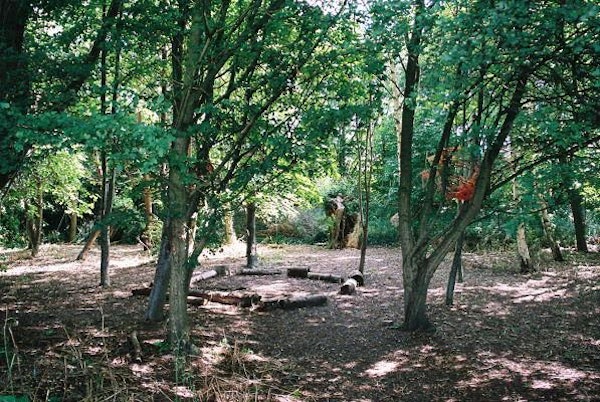 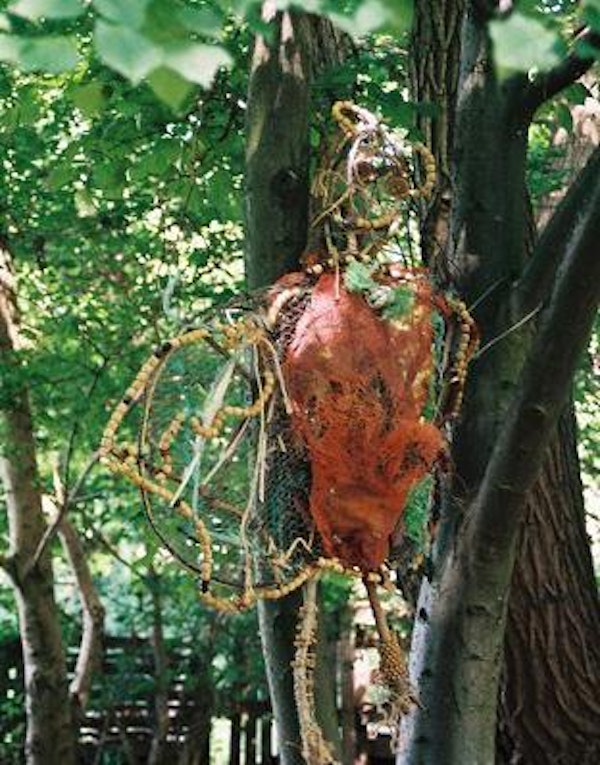 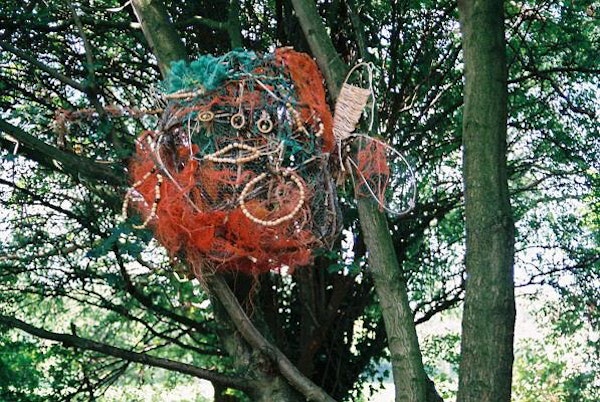 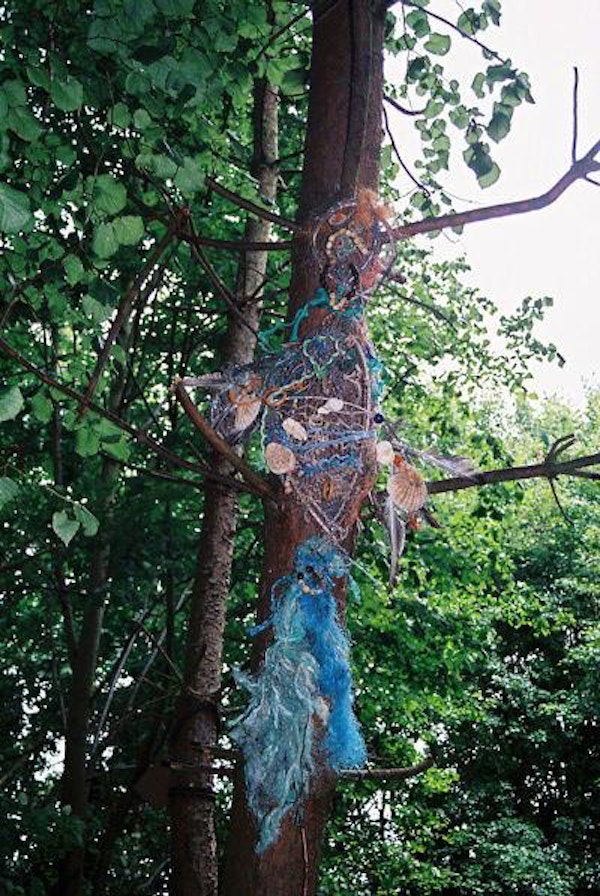 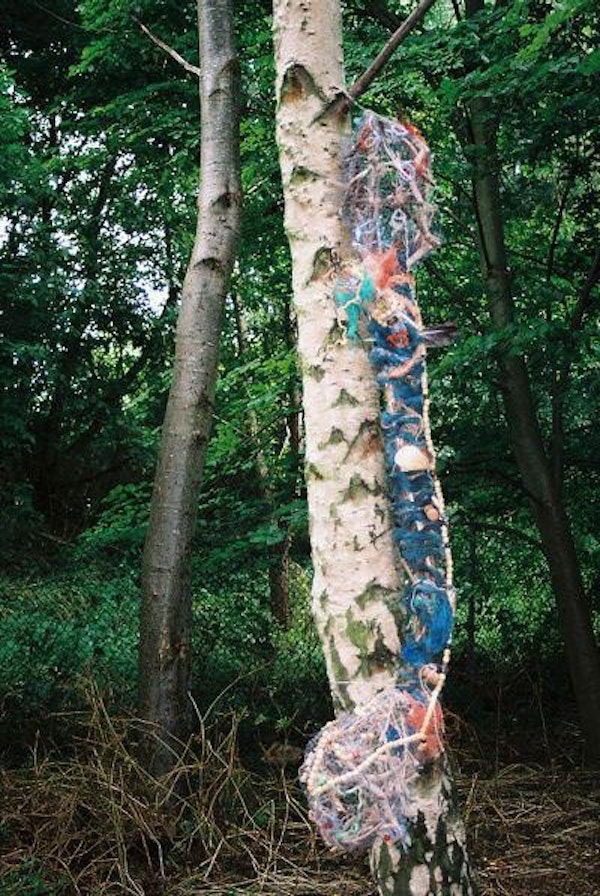 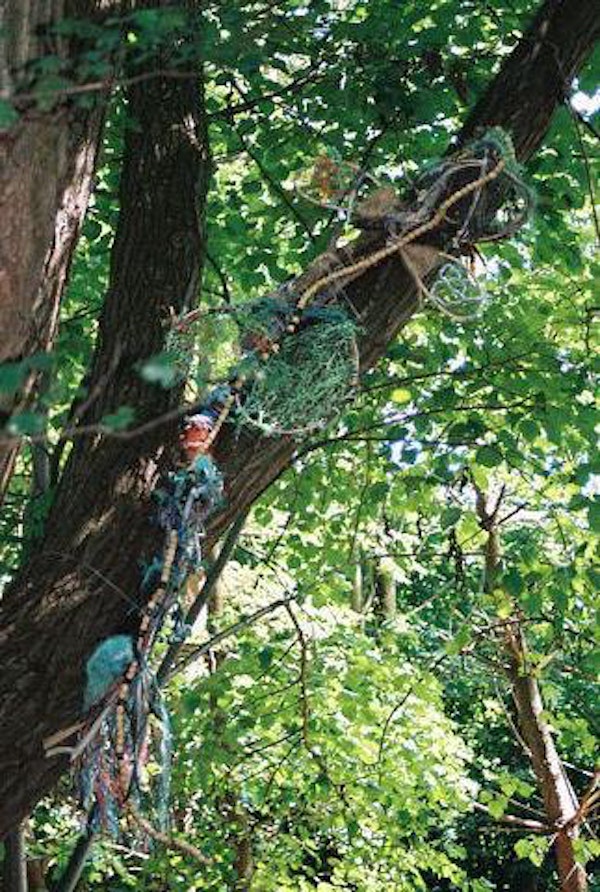 This series of works were made during a residency at Eynsham Primary School in Oxfordshire through the Oxfordshire Artweeks Educational Charity, Kids@rt. Children aged between 4-11 worked with the artist to create sculptures out of branches, twigs lying around as well as rope, string and driftwood specifically collected for the project. Mythical creatures such as a dragon, a 2 headed snake and ‘Disco Monster’ were constructed from these natural and recycled materials. Installed hanging from the trees these creatures form a permanent feature in this beautiful woodland