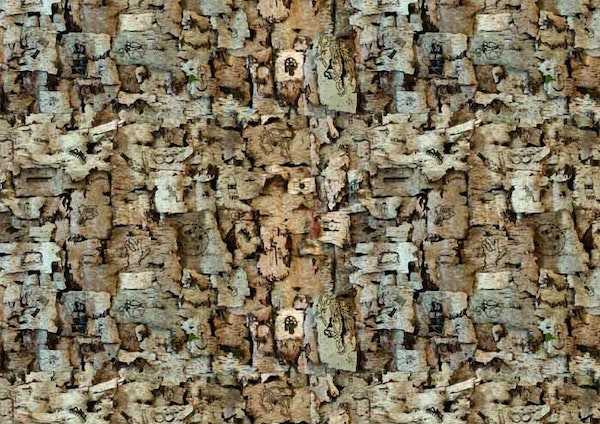 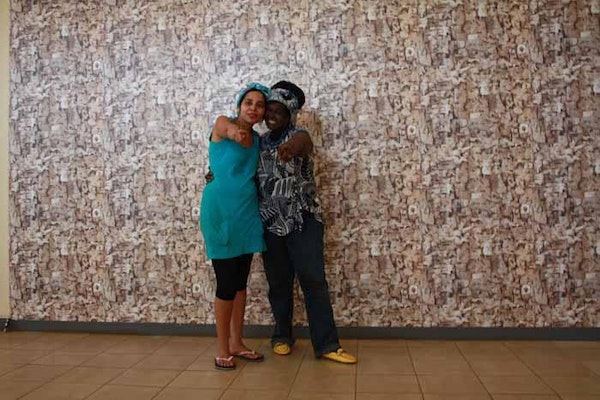 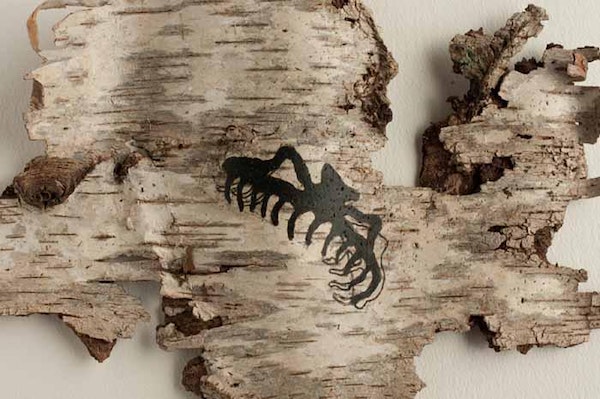 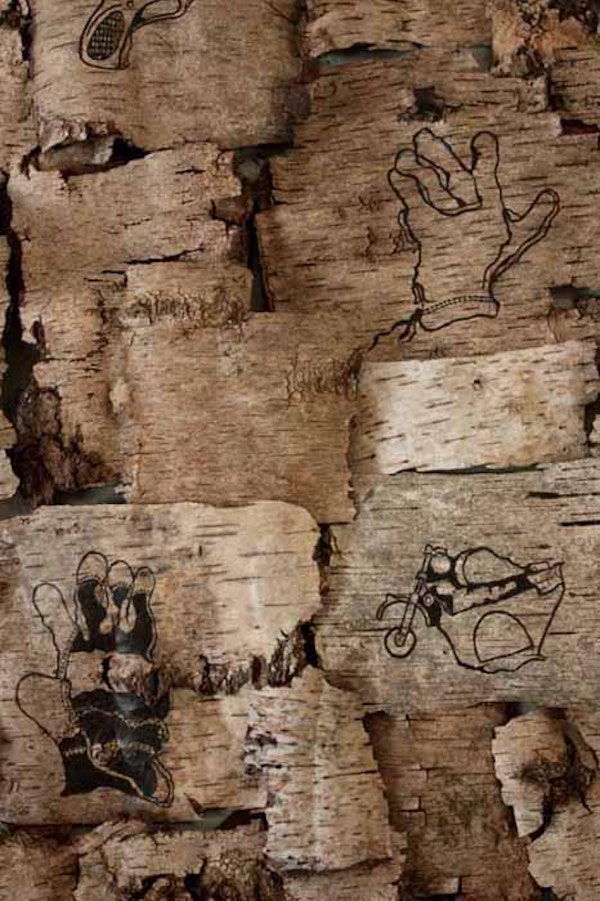 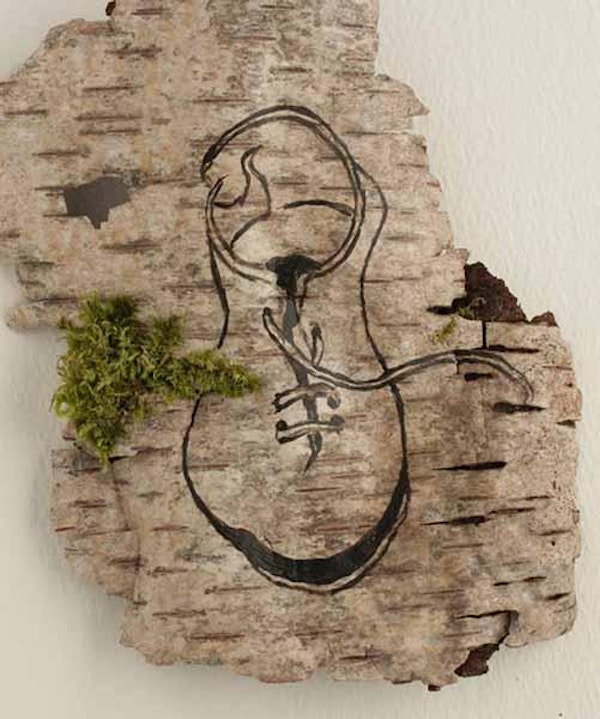 This work was made for the project ‘Sanctuary Part 1, Home, Away and the common ground’ which took place in July 2013 in Kenya.The idea of sanctuary as a place of refuge and retreat relates closely to my work. I approached this project by thinking about the tension between the inside and outside of a home. The idea for the wallpaper piece ‘Silverbeach’ began when I was walking in a woodland.Trees are universal, wood being used to build houses and shelter across the world. The bark from the silver birch became an interesting surface for drawing. So I collected this and flattened it using a wallpaper steamer. Everyday objects from domestic life which had been found discarded on a beach have been juxtaposed with this outer natural surface, bark. All the individual pieces of bark were then made into an assemblage and digitally manipulated to create a repeat pattern for a wallpaper.”